Do you ever get to that place where you have all these sewing deadlines but the last thing you have any want to do is sew? That's the kind of day I am having. I am in the middle of like 20 projects, half of them need to be mailed out to people. I don't know why they are so hard to finish!

I wrapped up a couple this week. We Bee Modern and We Bee Modern Too are rolling into a new month, so I figured it would probably be a good idea to FINALLY get my March blocks in the mail. The first one is for Abigail in We Bee Modern. Abigail is kind of new to quilting and generously allowed each of us to pick a block to make for her as well as use any colors we wanted. I chose Envy on page 56 of 99 Modern Quilt Blocks. 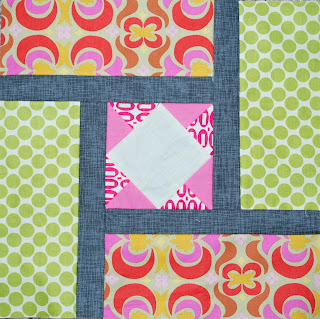 I had a little bit of an Amy Butler throw back moment while making this block. I looove her first few lines of fabric. I also got use a little of my pez!

Heather, of We Bee Modern Too, decided to have us make blocks for a quilt that she would be donating to charity. She said that people rarely make quilts that speak to older boys, so she had us go with a black/white/red/grey color scheme. She chose Boxed In on page 34. 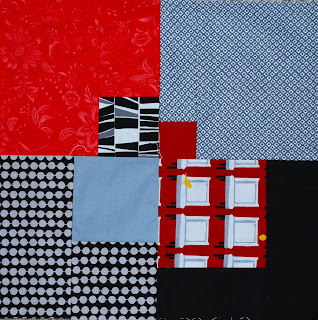 The blocks we have seen so far look SO good. This is going to be a great quilt, and I am so excited that she will be donating it! She is wonderful.

I am also participating in the Covert Robin hosted by Rachael at Imagine Gnats. Gifts have to be in the mail by March 31st so I absolutely had to wrap that up. Now I will warn you, my pictures were taken in a very unique state of mind. It was 7 am (for me that is early because I don't have kids), I had not had my coffee, and I was running late/feeling very rushed. I thought to myself, "yes, this would be a good time to photograph my Covert Robin gift. And it would be an even better idea to mail them out today so that if the pictures do in fact turn out bad I cannot take new ones." So yes, this was not my most impressive camera experience. The sun wasn't even all the way up! Anyway, 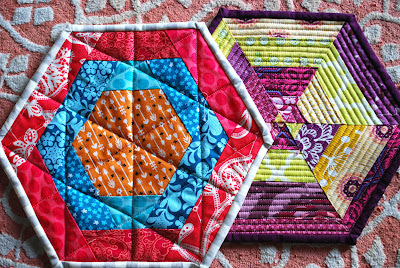 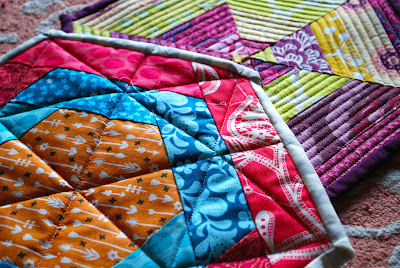 I made two hot pads for my secret gift person. She cooks a lot so I thought it would be the most useful thing I could make her. I wasn't sure what colors to use because I couldn't really ask what colors she likes, as per the rules, so I just went with brights. Hopefully she will like them! And they will definitely look better in person. Haha.

Back to my evening of knowing I need to sew, but having no motivation. Tomorrow is a new day and things will get done! (I hope) But for now, I am giving in and taking up residence on the couch with some ice cream. O, and my roommates... 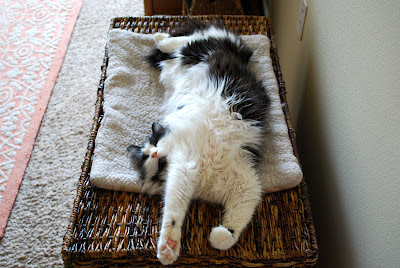 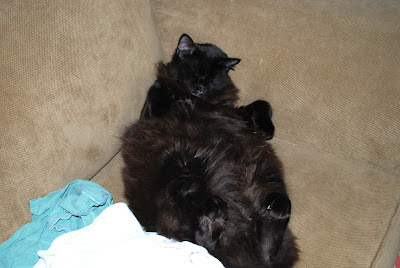 Email ThisBlogThis!Share to TwitterShare to FacebookShare to Pinterest
Labels: 99 Modern Blocks, We Bee Modern, We Bee Modern Too 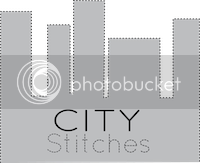 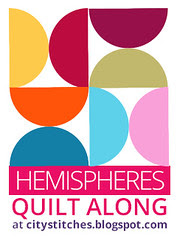 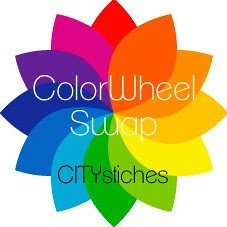 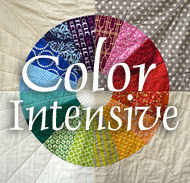 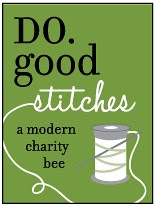 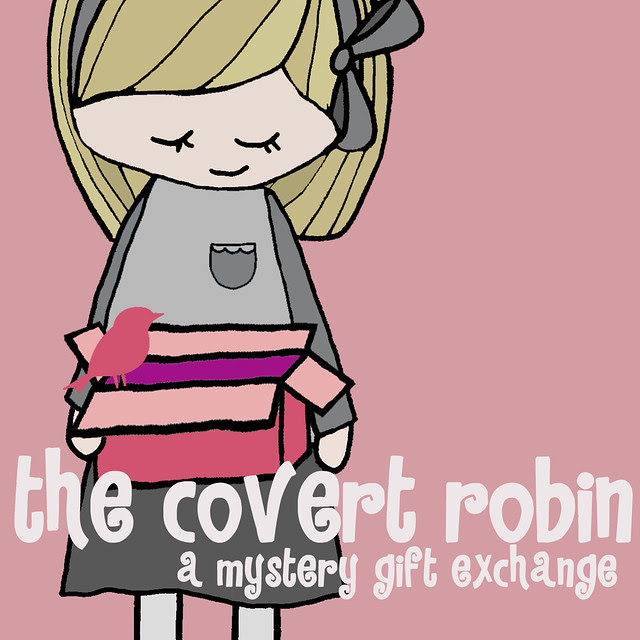 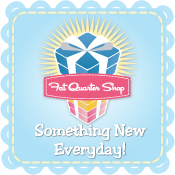